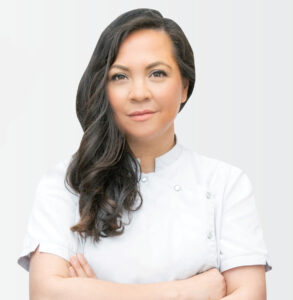 I am currently a Guild National Councillor and an owner who has a lot invested in the industry. I strive for excellence in business operations, furthering my studies in finance and retail management, and have had my store awarded Pharmacy of the Year, Excellence in Retail Management at APP.

I have been involved in teaching business management to pharmacy students at both Sydney University and University of Technology, where I represent community pharmacy on the industry Advisory Board.

My passion is in pharmacist-driven professional services. I’m a Compounding Pharmacist, Sleep Apnoea Specialist, Weight Loss Consultant, Pharmacist Immuniser, and Diabetes Educator. I drive the development and sponsorship of young pharmacists into these specialty areas within my stores. In recognition of my experience, I was awarded PSA NSW Young Pharmacist of the Year in 2015.

I was heavily involved in student politics as President of SUPA and Vice President of NAPSA. I coordinated rallies and petitions to fight the deregulation of pharmacy. I presented these petitions to state parliament with the Pharmacy Guild NSW. 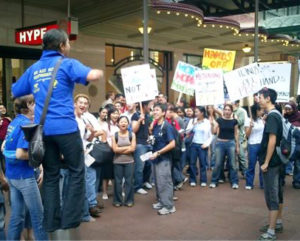 I believe the future of pharmacy lies in our ability to DEFEND the industry by PROTECTING pharmacy ownership, FIGHT for decent remuneration, and GROW other sources of income service provision.

I come from a family of pharmacists. Both my parents, John and Lyn Bronger, have collectively over 90 years of pharmacy experience. I have three kids and am also married to a pharmacist, who has now become a medical doctor. I lived through my father as National President of the Pharmacy Guild of Australia for 11 years and I intimately know the pressure and time commitment that is needed. However, I’m passionate about this profession. There is a unique balance at play between the challenge of retail and the commitment of a healthcare professional.

Both a business and clinical mind

I spent the early part of my career training in retail and management to ensure I had the business background to operate good businesses. I now focus my energy on specialising in niche pharmacy services that will become mainstream and be the future of pharmacy. With these skills, good business acumen, and vision for the future delivery of services within our profession, I will bring much to the job.