Catherine has been an outstanding National Councillor during the last three years. Her resilience and dedication to the Guild are extraordinary. This was especially clear in her key role on the Pharmacy Viability Committee in the negotiations of the 7th Community Pharmacy Agreement.

She continued to bring her characteristic warmth and sharp intellect into the discussions having given birth to her third child just before preparing for the negotiations. The government negotiating team has been led by women for the last three agreements. Catherine, as the only woman on our team, negotiated extremely effectively with the government side.

In my view it is important that the Guild continues to have effective and experienced women on its future negotiation team. Catherine as an experienced negotiator will be an extremely valuable resource to the Guild.

While navigating the considerable challenges of family, business and Guild responsibilities she proved herself as a great asset to our Guild family. I am also especially impressed by her championing of women in ownership, women wishing to become office holders or Board Members and young pharmacists seeking ownership. I hope she can continue the great work she has been doing.

“Catherine Bronger was the Vice President when I was President of NAPSA. Her organisational ability as Vice President was outstanding! We are in constant contact around corporate finance issues in our respective businesses and learning off one another.” 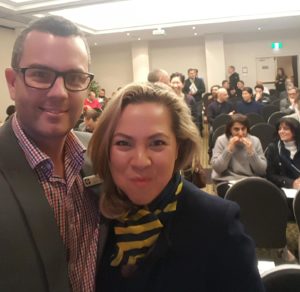 “I have had the pleasure of working with Catherine on the UTS pharmacy school academic advisor group where her input has been outstanding. She has, time and time again, proven that she has the business experience, the strategic thinking and the appreciation of pharmacy history, to be a leader in the profession. Catherine has been in the unique position to have lived and breathed community pharmacy her whole life. That experience has been both in the operation of pharmacies and the politics of health.

I will never forget the hugely successful student rally that Catherine organised when Roger Corbett, of Woolworths, was attempting to get ownership of pharmacies. Hundreds of students in white coats and posters following Roger Corbett around Sydney was a very important part of that successful 2005 campaign.

But Catherine has not chosen to rest on her foundation. She has brought her own personal drive to the challenge of improving community pharmacy. With the effort of further professional study, while managing a number of pharmacies, Catherine has become a diabetes educator, a compounding pharmacist, a pharmacist immuniser and a sleep apnoea specialist. This has all been done so that she can encourage the other pharmacists in her team to follow the example she has set.”

“I am very pleased she is committed to supporting recognition for pharmacists, on matters of professional services to nursing homes and other institutions.” 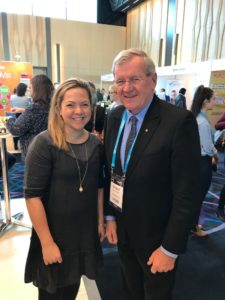 “I’ve been the accountant for the Brongers for over 20 years. In my opinion, Catherine Bronger is across the figures of the company better than any pharmacist I know and better than most.” 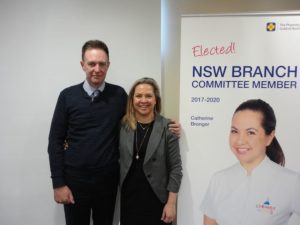 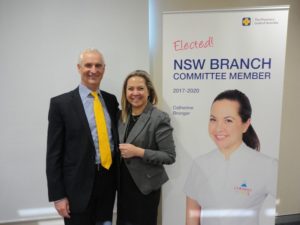 “To embrace the change that is needed for the next decade, pharmacists need to support those young entrepreneurial pharmacists who can advocate, reform and protect the world class heritage community pharmacy has built for Australia’s citizens. Such a person is Catherine Bronger: young, enthusiastic, knowledgeable, innovative and capable of bringing about the change that is needed to make pharmacy sustainable, profitable and able to employ young Australians in primary healthcare. Support Catherine and you will be voting for respect for pharmacy’s heritage and for a candidate who will make pharmacy even more relevant, sustainable and a small business enterprise which will provide unequaled services to all Australians throughout Australia.”

“Catherine’s ability to work across all sectors in pharmacy is legendary and this is reinforced by the number of various committees she sits on, from the Pharmacy Advisory Committee to the UTS Committee as well as a number of industry advisory boards.”